When little Lakshmi was born, she had excess skin on her face, so it was difficult for the young resident of Uttar Pradesh (India) to eat and breathe.

With such a dangerous condition, something had to be done, and at the age of only eight months, the girl underwent surgery. That’s just one of the results was that Lakshmi now has two noses. 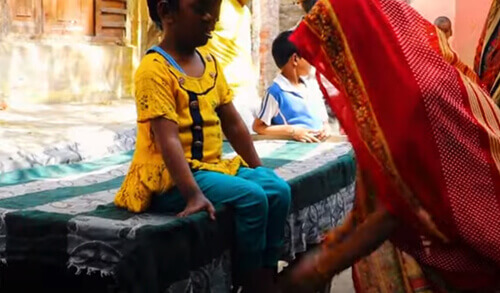 Sarvesh, the girl’s mother, said that doctors did not give any guarantees that her daughter would recover, but now seven-year-old Lakshmi does not have many health problems. As for the unusual appearance, others feel respect when looking at the girl, because she is considered the embodiment of a deity. People now and then come to the baby for a blessing. It is not known how effective is the fact that Lakshmi blesses everyone, but she feels sincere pleasure from communicating with the guests, who treat her very kindly.

The kid, who got to his mother’s lipstick, made himself a comical make-up