A flotilla of ten strange balls appeared in the sky

Walking with the dog, Jonathan Fields could not help filming a strange sight, because in the sky he noticed a whole flotilla of mysterious balls. Now the video, filmed in Tampa Bay (Florida, USA), is actively discussed by viewers. Jonathan would be glad to believe that a company of ten drones appeared in the sky at once, but he assures that everything happened over the local airport. It is unlikely that anyone would have thought of launching drones there, and even in such a number. 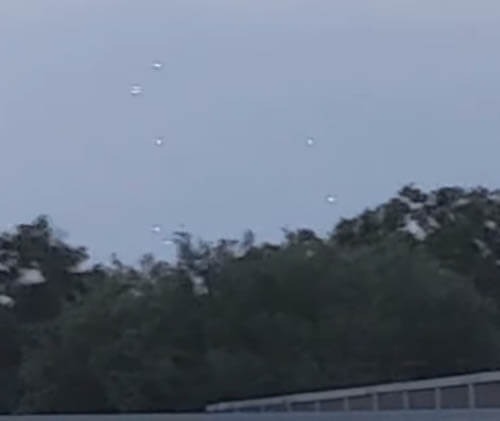 Internet users are also interested in the video and wonder what exactly the eyewitness captured. If you believe in the alien origin of the balls, then the conclusion suggests itself – recently, the inhabitants of other worlds behave as if they would not mind going to contact with earthlings.

See also: The man was so scared by the “alien ship” that he fell off the motorcycle