For 47 minutes, Troy Staggs wrestled with a fish he caught on a line, thinking that he had managed to hook a paddlefish. 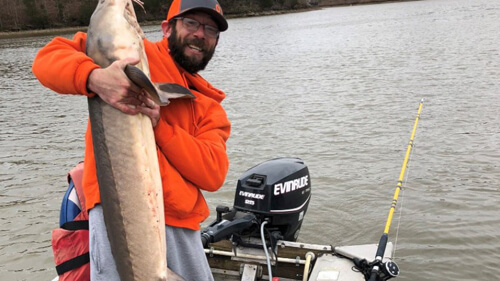 However, the catch of a fisherman who fished on a lake in the Ozarks (Missouri, USA) turned out to be much more rare. 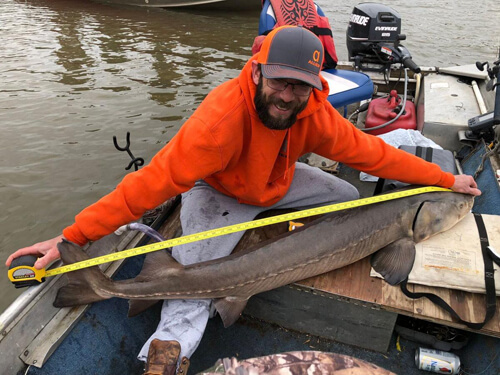 The man caught a lake sturgeon, which was 142.24 centimeters long and weighed about 22 kilograms. It looks like the fish was at least 30 years old. Since 2016, this is the sixth time that anglers have been able to admire a caught sturgeon. 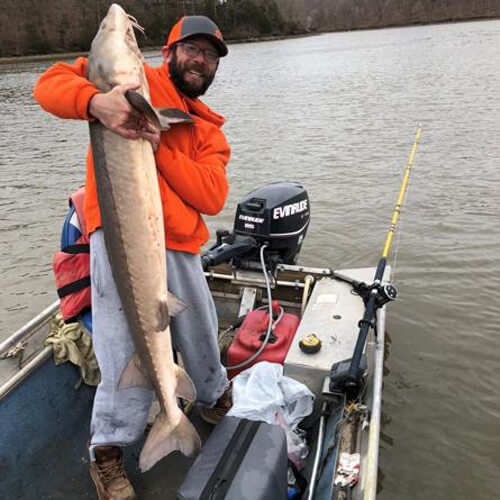 However, rare prey was supposed to be released into the wild. So Troy measured the lake sturgeon, took a picture with him as a souvenir and sent the fish to its natural habitat.

Instead of a shark, the fisherman caught a much rarer prey