A resident of the village of Koh Preah (Cambodia), who was fishing on the Mekong River, was surprised by his unusual catch. 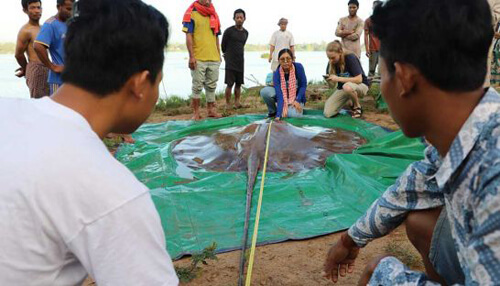 Sometimes fishermen catch freshwater stingrays on the bait, but this time a man named Korn Sopeep realized that he had hooked something really huge. The stingray dived deeper, but remained on the hook, and therefore the fisherman called for help from his fellow villagers in order to pull out the river dweller together. It turned out to be a female giant stingray 1.85 meters wide and 4 meters long (including tail). 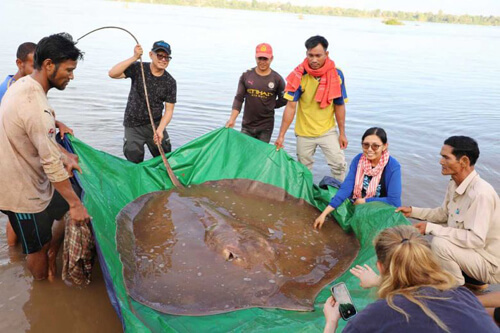 Korn Sophip, who accidentally caught an endangered creature, deeply regretted such a catch. The man contacted Wonders of the Mekong, and representatives immediately went to the site to measure the miracle stingray, tag it and release it back into the water. “Wonders of the Mekong” provides fishermen with various rewards (in cash and in the form of other material values) to inform them of cases of giant stingrays caught. I would like to believe that this will help to preserve these unusual rare creatures.