A cat helps a blind dog navigate the house

In 2019, residents of Burlington, Vermont, USA adopted a dog named Blaze into their home, but not everything went smoothly. 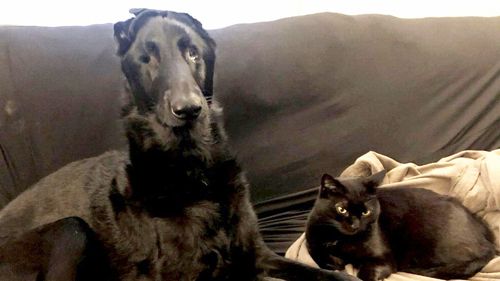 It turned out that the pet is blind in one eye, and in the other eye there are big problems with the lens. Despite all attempts to help Blaze, in 2020 he is completely blind. The misfortune caused a huge regression in the dog’s desire to socialize and communicate, but, oddly enough, Blaze’s self-confidence was restored by the creation from which one would least expect it – Satine’s house cat. 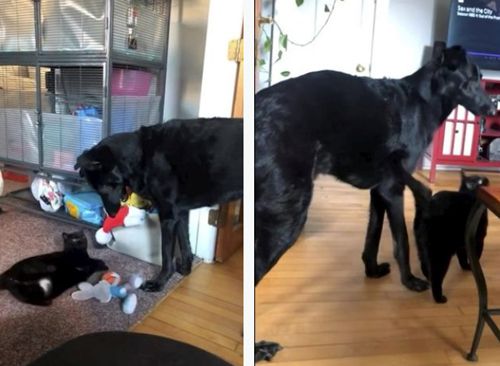 Satin became very attached to a large dog, only a friend who did not see anything kept stepping on his girlfriend. Then Satin began to meow loudly to prevent such incidents, and soon the owners noticed that the cat, walking with the dog around the rooms, gave a voice every time to prevent Blaze from colliding with furniture and various objects. So Blaise got an unusual guide. 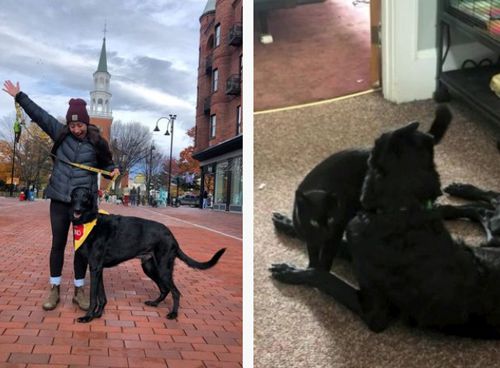 The owners are surprised by such friendship, because of all the cats that live with them, Satin is not at all the most affectionate. Apparently, Blaze’s blindness played a big role, because before the misfortune, the dog and the cat simply tried to ignore each other and not intersect.

The kitten not only escaped from the road, but also found a new home