The video, filmed in Washington (USA), became proof that karmic retribution can affect not only people. 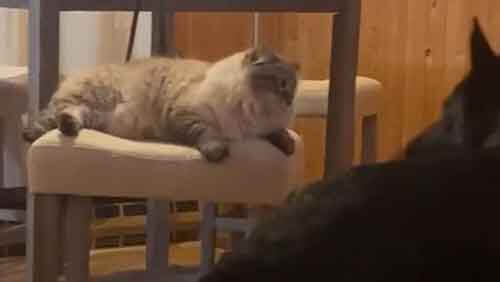 A cocky cat was convinced of the existence of karma, who did not like the fact that a dog was walking around her. The conclusion was simple – the dog had to be hit with a paw. 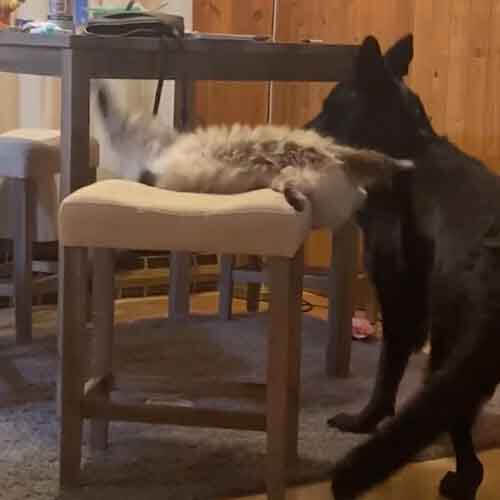 Which is what the cat did. Rather, she tried to do it, because the act of petty hooliganism ended in falling off the stool. The audience laughed at the funny scene. I wonder if the main character has made any conclusions for herself, but, as a pity, for sure not.

See also: A dog that tried to effectively catch a treat did not particularly succeed