65-year-old teacher Anna Borzenko, detained for participating in a protest on April 21, was released home after a night in the police 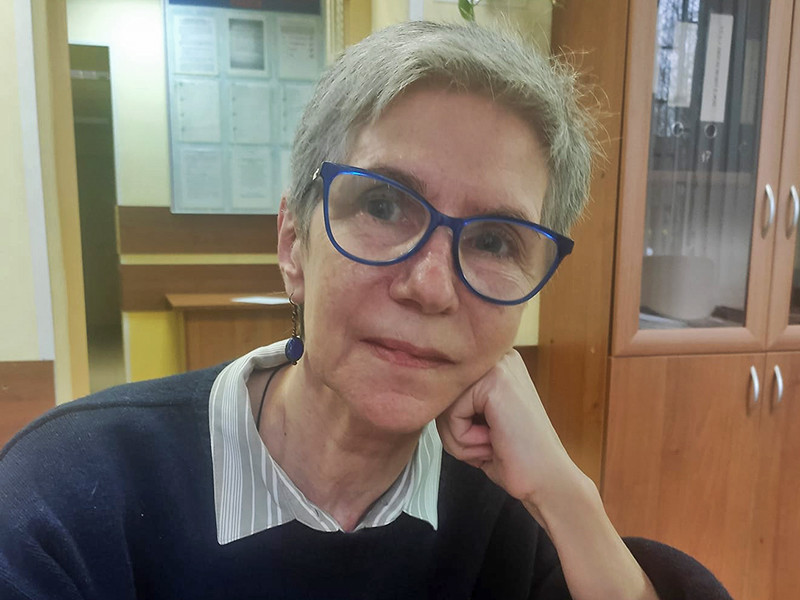 The 65-year-old French language teacher of Lyceum N1553 Anna Borzenko, detained the day before in Moscow, was to appear before a court after a night spent in the police department in the Konkovo ​​district. However, the Cheremushkinsky District Court of the capital returned to the police a protocol on interfering with traffic (part 6.1 of Article 20.2 of the Administrative Code). Under this article, the woman was threatened with up to 15 days of arrest.

As reported by “MBH Media”, Anna Borzenko was allowed to go home, as the protocol drawn up for her revealed flaws, but it is not known which ones. According to her lawyer Mikhail Biryukov, the shortcomings may be due to the fact that the explanations and reports of the police do not correspond to reality.

Borzenko, a mother of five children, including journalists Alexander and Andrei Borzenko, who previously worked at Meduza *, turned out to be accused on the basis of a video that does not show her herself. As the lawyer Biryukov explained, not only Borzenko is not in the frame, but there is no one in general who would block the road. The police report also says that the woman allegedly chanted the slogans “Navalny! Freedom! Putin is a thief! Down with the Tsar!”, Attracted the attention of citizens and ignored the demands of police officers.

“The video with the image of Anna, which was shown in the police department, cannot be evidence. Whether the case will be returned to court with a new protocol or terminated, we do not know yet,” the lawyer added.

For several days, the police came to Anna Borzenko’s home and asked her to go to the police department to draw up a report. At the same time, the security forces did not send a summons to the woman. As a result, Anna Borzenko came to the department, where she was detained.

During the week after the all-Russian rally in support of Alexei Navalny on April 21, police officers detained more than a hundred people. More than half of these arrests took place in Moscow, although only about 30 people were detained during the action itself, almost all of them were released without a protocol being drawn up.

In particular, the police approached the politician Dmitry Gudkov, as well as journalists from Dozhd, Ekho Moskvy, Komsomolskaya Pravda, RTVI, and Meduza’s special correspondent * Kristina Safonova. They want to draw up a protocol against Safonova because of the action, writes “Meduza” *.

In addition, the police came to Tamara Eidelman, an honored teacher of Russia, a teacher of history at Moscow gymnasium 1567, who took part in the action on April 21. Formally, the visit was connected not with the action, but with one of Eidelman’s posts posted on the social network.

Also, the professor of the Russian State Humanitarian University, Alexander Agadzhanyan, was detained; he was trapped by the security forces on the way from work. The asthmatic professor was forced to spend the night in the department and was fined the next day.

On Wednesday in Moscow, a photojournalist “Vot So” Georgy Malts, who worked at the rally, was detained. The police allegedly did not know that he was a journalist. The detainee was taken to the Orekhovo-Borisovo Severnoye OVD, OVD-Info reports.