54-year-old Yudina, beaten by a police officer at a rally on January 23 in St. Petersburg, is again in the hospital – her condition deteriorated sharply 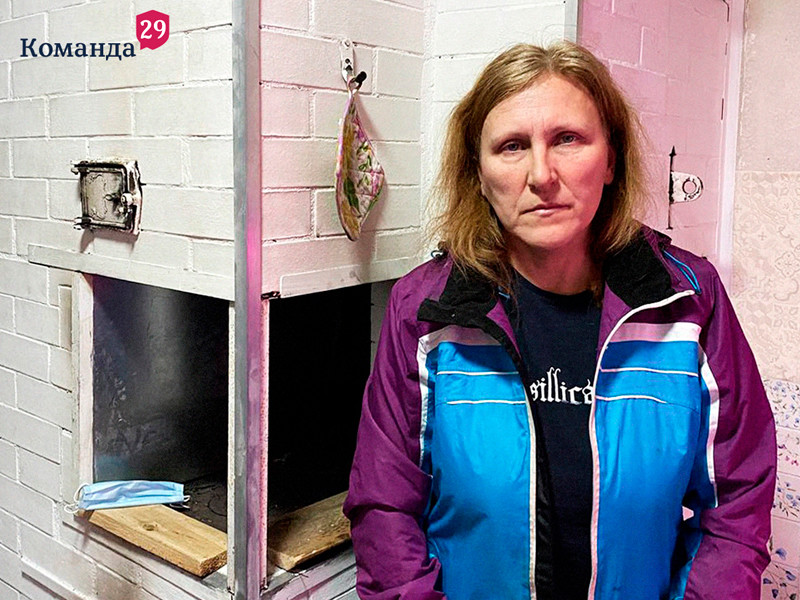 54-year-old Margarita Yudina, who was kicked in the stomach by a policeman at a protest rally on January 23 in St. Petersburg, as a result of which the woman received a head injury, was again hospitalized. Her condition deteriorated sharply, although she was discharged from the Dzhanelidze Research Institute of Emergency Medicine two days ago, having decided that the victim no longer needed medical supervision.

According to the lawyer of the human rights association “Team 29” Evgeny Smirnov, who represents the interests of Yudina, he came to the woman along with lawyer Valeria Vetoshkina to discuss the further development of the case – filing an appeal with the Investigative Committee of the Russian Federation with the aim of initiating a criminal case against the police officer who hit her and finding out all the details of what happened. When the lawyers arrived at the scene, they discovered that Yudina again required medical assistance. “Her condition has worsened. Now Yevgeny is taking her to the hospital,” says the Teams 29 Telegram channel.

Lawyer Valeria Vetoshkina told MBH Media that due to problems with calling an ambulance in Luga (Yudina’s place of residence), lawyers had to take the woman to the hospital on their own. Now she has dizziness and headaches.

Vetoshkina also said that before submitting an application to the IC, Yudin needs to be examined. “First of all, we want to conduct an independent examination of her in order to understand how severe the harm was. In the first hospital, she was suspiciously quickly released for her real condition,” said the lawyer.

In addition, the lawyers noticed that they came to Yudina almost simultaneously with the prosecutor’s office and the guardianship authorities, who were identified by Margarita’s children. The law enforcers persistently asked for a conversation with Yudina, took pictures of the house from behind the fence. “I approached and asked them about the purpose of the visit, they replied that it had nothing to do with the latest events. Nevertheless, such a coincidence cannot but be alarming, given the awareness of the guardianship authorities about what happened to Margarita on January 23,” Evgeny Smirnov.

He clarified that Margarita Yudina, with the support of Team 29, made a decision to apply to the Investigative Committee with a statement about a crime under Article 286 of the Criminal Code of the Russian Federation (abuse of office). In addition, a lawsuit will be filed on her behalf to recover moral and material damage from the state.

We will remind, earlier Yudina said that she regrets that she announced the forgiveness of the security officer, who visited her in the hospital with flowers. She said that high-ranking police officers asked for him all day, they persuaded the woman to forgive the policeman. “I am a gentle person – forgiven. And now I think I should have said: when all political prisoners are released and Alexei Navalny too, then I will forgive,” Yudina said.

The woman explained that she would support the initiation of a criminal case, since such actions of the police “need to be stopped, cut off in the bud.” “It’s not my forgiveness or not forgiveness. In my place could be a completely different person, another woman. I would forgive a man who hit just a defenseless woman standing in the way? I don’t know, it’s unlikely. to suppress such actions of the police, so that they do not happen. So that the police finally begin to do their direct business – to protect society from criminals, and not from those who oppose criminals, “Yudina said.

After that, the Kremlin propagandists attacked the woman, trying to convince the Russians that no one kicked Yudin in the stomach, and that it was a “provocation.” According to telepropagandist Vladimir Solovyov, 54-year-old Margarita Yudina in the video footage “is not beaten, but pushed away, resting her foot on her stomach.” Soloviev analyzed the scandalous video almost frame by frame and found signs of staging in it: the woman allegedly waited for the operator to choose a “good point” for shooting, and went across the riot police leading the detainee. He also drew attention to the fact that Yudina’s left hand, which did not appear in the frame, is next to the bag, and what is in it is “unknown.”

And in a report on the Vesti Nedeli program on the Russia 1 channel about a police officer who kicked Yudin in the stomach, the moment of the blow was cut out altogether. The video footage in the reportage was edited in this way: first, the security forces walking towards the woman are shown, and the next moment the victim falls on her back. The kick itself was not shown in the episode. In the original video, you can see how the policeman strikes Yudina.

On the evening of January 23, Fontanka.ru published a video in which three police officers are leading the detainee. A woman comes up to them and asks why he was detained. One of the employees kicks her in the stomach, she falls and hits the back of her head on the asphalt.

54-year-old Margarita Yudina was hospitalized with a closed head injury, she spent the night in intensive care. The next day, the policeman who had hit her apologized to her, and Sergei Muzyka, head of the department for organizing the protection of public order and interaction with the executive authorities of St. Petersburg. Yudina said that she forgives them and has no complaints against them. After being discharged, she said that she had been persuaded all day to forgive the policeman.

Television propagandist Vladimir Solovyov called the incident in St. Petersburg a “well-prepared provocation” with a woman kicked in the stomach by a police officer on the day of the 23 January protest. According to the presenter, 54-year-old Margarita Yudina “is not beaten, but pushed away, resting her foot on her stomach.”

Solovyov analyzed the scandalous video almost frame by frame and found signs of staging in it: the woman allegedly waited for the operator to choose a “good point” for shooting, and went across the riot police leading the detainee. He also drew attention to the fact that Yudina’s left hand, which did not appear in the frame, is next to the bag, and what is in it is “unknown.”

“There are more and more questions for this citizen and the cameraman who filmed,” Solovyov said on his YouTube channel. He also demanded to stop investigating the incident (so far no investigation is being carried out, the Ministry of Internal Affairs and the Prosecutor’s Office spoke only about checking), and to start an investigation of the “provocation” against the policeman.

“There shouldn’t be any apologies in this case. What apologies, guys, what are you? Get down on your knees, as they put the Berkutovites,” Solovyov was indignant. He also said that he did not see a violation of the law in the actions of the security official, but he saw “a prepared provocation” and “an attempt to resist the detention of a young man.”

The presenter’s comment followed after it became known that the victim Margarita Yudina supports the initiation of a criminal case against the employee who kicked her, and will also demand to find out his identity. On January 24, a policeman visited Yudina in the hospital with flowers and apologized, saying that what had happened was a shock to him. He explained that before that they had sprinkled a can of pepper at him and threw a snowball, and the visor of the helmet “fogged up”. However, the video shows that the visor was lifted at the time of the incident.

The policeman did not introduce himself as Yudina in all his uniform, saying only that his name was Kolya, the woman told “Fontanka”.

“Then, on Saturday, I looked into his eyes. And he also looked me straight in the eyes. He hit me deliberately. And a man came to the hospital ward wearing a protective mask tightly put on his face. He did not take off this mask during the conversation. “, – says the Petersburg woman. In the first-aid post before hospitalization, the police gave her to sign a protocol on her participation in an unsanctioned rally.

According to Yudina, she was asked to forgive the offender, because he was “a good boy, a promising employee, he was simply not himself.” The accusation will “ruin his life and career.”

In her discharge from the Janelidze Research Institute, the victim was advised to consult a surgeon: “Fontanka” notes that “every step is given to Margarita with difficulty.” She was diagnosed with a closed craniocerebral injury, concussion, a bruised wound in the occipital region (it had to be sutured), and a contusion of the soft tissues of the anterior abdominal wall.

After Yudina admitted that she regretted the forgiveness of the security official who hit her, the State Duma deputy from United Russia, who asked the Prosecutor General’s Office and the Investigative Committee to prosecute a police officer for unjustified use of physical force, promptly withdrew his requests.

“I discussed the situation in detail with the leadership of the Ministry of Internal Affairs and the Prosecutor’s Office. The police officer, indeed, was attacked before this, therefore he perceived the woman who was running across to him as a real threat, reacting harshly to her. This seriously changes the matter, therefore I withdraw my requests,” Twitter…

He also said that he would petition the leadership of the Rosgvardia not to fire the contractor who made fun of the injured woman, but to confine himself to disciplinary punishment. “For a 20-year-old guy, I’m sure this will be a lesson for a lifetime,” the deputy wrote. Earlier, he said that “a young man who is not outraged, but admired, as a woman who is suitable for his mother is unreasonably beaten, cannot by definition serve in the VNG.”

“It is doubly dangerous that the organizers of the new Maidans are now trying to discredit the security forces as much as possible, portraying them as executioners and punishers. Alas, we know what is happening in those countries where the authorities betray and surrender people in uniform. The oversight of one soldier should not cast a shadow on everyone. “, – added Khinshtein.

The well-known TV doctor, chief physician of Moscow City Clinical Hospital No. 71, Alexander Myasnikov, also stood up for the law enforcement officer who kicked Yudin. He stated that the Petersburg woman was for the police officer “not a Woman at the given moment, it is an object that prevents him from performing his task.” “He can spray with a spray can, or he can stab with an awl! He has a reflex, developed over years of training. Women – there, in a peaceful life, everyone who interferes with the police’s tasks is a potential enemy,” Myasnikov wrote.

He added that the question of why peaceful protesters are considered opponents should be addressed to the authorities, and the policeman was “brought to all this,” “the guy was doing the task.”