28 programs for the integration of Russia and Belarus published 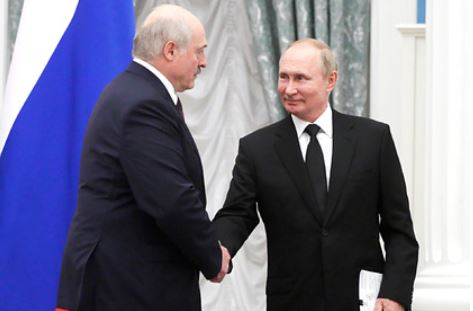 The Russian government has published 28 union programs for integration with Belarus.

The statement of the prime ministers of the two countries says that on September 10, a meeting of the Council of Ministers of the Union State was held in Minsk “in an atmosphere of friendship, mutual understanding and trust.” As a result, 28 programs were approved, “aimed at the implementation of large-scale tasks to strengthen Russian-Belarusian integration.”

Among them are the convergence of macroeconomic policy, the integration of information systems for the labeling of goods, the harmonization of tax and customs legislation, the formation of unified markets for gas, oil, oil products and electricity.

The parties agreed to abolish roaming, form a unified agricultural and industrial policy, and adopt unified rules in the field of consumer protection.

On September 9, talks were held in the Kremlin between the presidents of Russia and Belarus, Vladimir Putin and Alexander Lukashenko. They lasted over three hours. During a press conference following the meeting, Putin announced that all 28 programs were coordinated within the framework of the Union State.

Later, the Kremlin spokesman Dmitry Peskov said that the topic of creating a union parliament of Russia and Belarus is an eventual issue and so far there is no substantive discussion of this.

“This is a long-term question,” said Peskov.