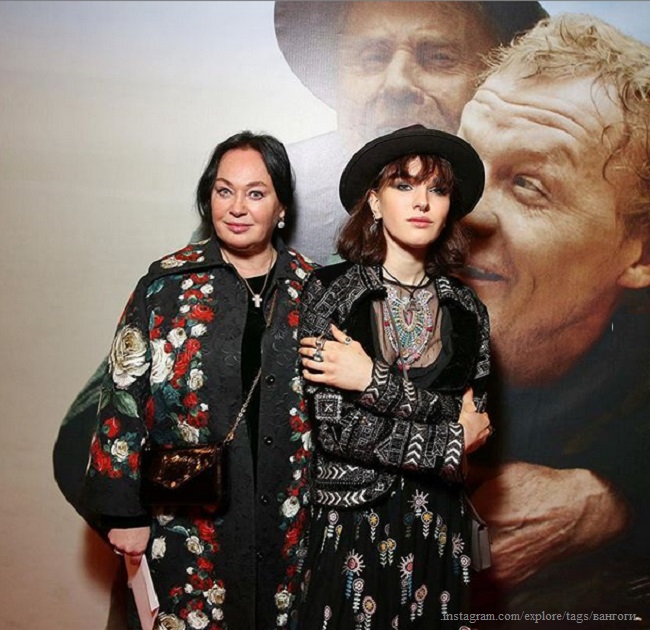 The 20-year-old daughter of TV presenter Larisa Guzeeva, Olga Bukharova, captured herself topless in the bathroom and posted a photo on Instagram.

The heiress of businessman Igor Bukharov loves to shock fans. The girl tries on different images: from natural and gentle to frank and provocative. Olga thinks over every detail of the outfit. Nevertheless, Bukharova is happy with her body and pleases fans with honest photos.

As a location for a new shot, the daughter of the host of the program "Let's Get Married!" chose the bathroom. Olga let her curls loose, they were wet with water. The girl gave up makeup, leaving her face without a gram of makeup and went to the mirror. She wore only large hoop earrings, and the objects on the shelf covered her chest. Bukharova picked up a smartphone. She looked at herself, lips parted languidly, and took a selfie.

Olga also caused a stir among fans with a statement about a relationship in which a man is much older than his chosen one. "You can't like people who are as old as your parents. It's not healthy. But my peers... "- said Bukharova, twisting her finger at her temple. At the same time, the girl clarified that she would not mind meeting a wealthy Muscovite. Then she would close her eyes to the fact that her chosen one is over 50.

Some felt that Olga criticized her peers for the fact that they could choose a party with a difference in age. But Bukharova explained that this is not so. "I literally said that I like men older than me! Why do they write that I reproached my peers who date older men?"- the daughter of the star of the film" Cruel Romance "was indignant.