20 interesting facts about the planets of the solar system 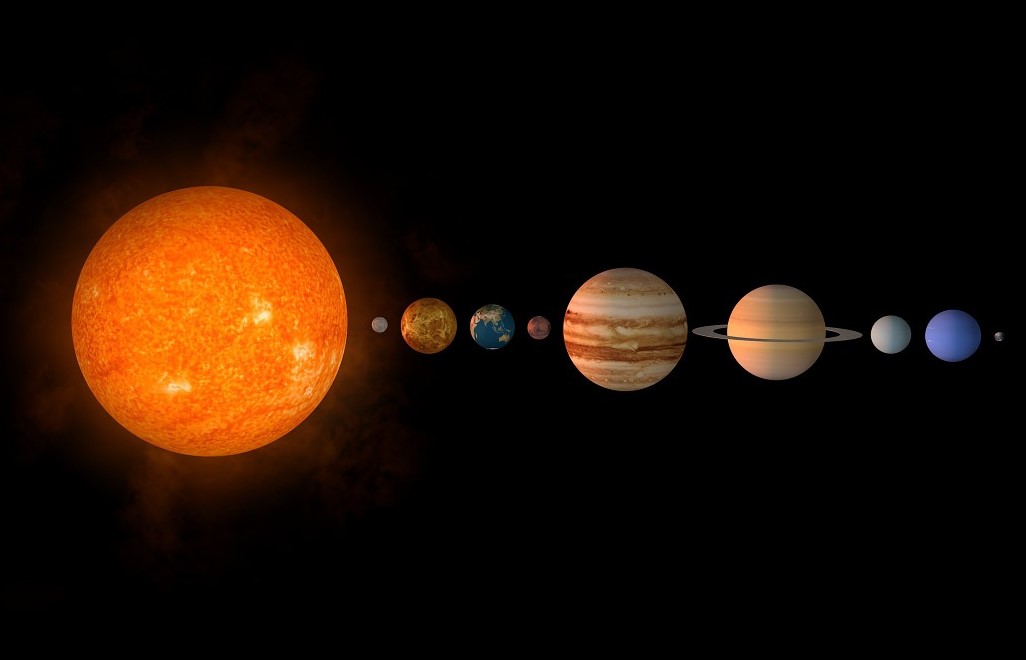 Most of the mass of the solar system is in the sun. But the attention of researchers is riveted to other space objects. In recent years, both new satellites and minor planets have been discovered. The development of science makes it possible to learn more and more about the planets and their features. Some interesting facts about the planets of the solar system read our review.

1.Russia is longer than Pluto’s equator

2. The largest sea is on Jupiter

It is here that a huge amount of hydrogen and helium is stored – the planet consists almost exclusively of them. Having estimated the mass and composition of Jupiter, scientists were able to assume that under the clouds of ice there is a sea of ​​liquid hydrogen.

3. The fastest planet in terms of rotation speed around its own axis

It takes the earth a day to turn 360 degrees. And the largest planet in the solar system, Jupiter, makes a full rotation on its axis in 12 hours. At the same time, to make a revolution around the Sun, the planet needs not one year, but as many as 12 Earth years.

4. The giant day of Mercury.

After Pluto was deprived of the status of one of the planets of the solar system, Mercury turned out to be the smallest planet among the rest. The day here stretches for 56 Earth days and 15.5 hours. But on the other hand, the planet flies around the Sun in just 88 Earth days.

5. Leaders of the solar system by the number of natural satellites

Uranus is in third place – 27. Two of them, Titania and Oberon, were discovered by scientists at the end of the 18th century. Jupiter is in second place – 79. Saturn is in first: it has 82 satellites, and it became the leaders of the planet in 2019, when 20 more were discovered in addition to those already known. And there are two planets that do not have a single satellite: Mercury and Venus.

6. Venus was considered a star in ancient times

She appears first in the evening sky and, due to the intense reflection of sunlight, really looks like a star. The planet “returns” about 76% of 100% of the sunlight due to the peculiarities of the atmosphere (clouds).

7. Pluto is no longer the ninth planet in the solar system

The planet was deprived of its honorary status in 2006. The fact is that its small size allowed it to be ranked among other dwarf planets. Today Pluto is in 10th place in mass among all bodies orbiting the Sun. The dwarf planet also has the status of a “trans-Neptunian object” (that is, its average distance to the Sun is greater than that of Neptune).

8. The highest point on the planet in the solar system

The record-breaking summit is on Mars. The local inactive volcano Olympus has a relative height of 26 km. For comparison, the highest point on Earth is located on Everest, 8.8 km above sea level. Volcano Olympus is so huge that it is impossible to see it completely from any point on the planet’s surface (some of it will still go beyond the horizon).

9. Planets farthest from the Sun

10. The most Earth-like planet

Venus is most similar to the Earth in structure and size (its radius is 6.05 thousand km, and that of the Earth – 6.37 thousand km). At the same time, earthlings are unlikely to ever be able to land on this planet. Among the reasons are the fantastically high surface temperature (450 ° C) and a much denser atmosphere compared to the Earth’s (it consists mainly of carbon dioxide, clouds of sulfuric acid fly in the sky).

11. The first man-made object to approach the planet of the solar system

It was the American apparatus “Mariner-2”. He was sent to Venus in August 1962. And in December of the same year he passed at a distance of 34.7 thousand km from the planet to study it. The Mariner 2 mission confirmed the theory of a superhot atmosphere. The spacecraft also measured the speed of rotation of Venus.

12. Saturn is not the only one with rings

Uranus, Jupiter and Neptune also have rings. For example, the last planet has rings much less noticeable at great distances than Saturn. They have a discontinuous structure. There are four rings in total: two primary and two secondary. The visible disk is composed of scattered matter and extends to the outside of the atmosphere. Uranus and Jupiter have similar so-called “weak rings”.

An astronaut on the planet’s surface would not see a black sky, as in the absence of an atmosphere. And not blue, like on Earth. The dust in the air makes the sky red. And Martian clouds are composed of water and carbon dioxide and are similar to the earth’s cirrus clouds.

Moreover, there is a lot of this substance common on Earth in the polar regions of Mars. According to preliminary estimates, 5 million km³ of ice lies on the surface alone. In other layers, there may be deposits of “hard water” many times greater than this volume. If you melt a huge lake of ice at the South Pole of Mars, then the water will completely cover the surface of the red planet 11 m deep.

In 2004, the rover Opportunity photographed a nodule (i.e., a globular formation) of hematite, one of the iron ores, in Martian soil. Experts assure that such a formation confirms that in the geological past on the planet, water was in a liquid state (today it is only in the form of ice).

16. The most unusual tilt of the planet’s axis of rotation

Among the planets of the solar system, Uranus stands out in this regard. The planet makes revolutions, as if “lying on its side, slightly upside down.” The rotation occurs retrograde: the plane of the equator of Uranus is inclined to the plane of its orbit at an angle of 97.86 °. Scientists have not yet found an explanation for this feature. Most likely, Uranus “tilted” due to a collision with another celestial body.

According to one of the scientific versions, there is a stone core inside Uranus. It is about 20% of the radius of the entire planet. The mantle (that is, ice) occupies three times the volume. And outside there is a hydrogen-helium atmosphere.

18. The sharpest temperature drop on the planet

The temperature on the side of Mercury facing the Sun is 600 ° C higher than on the opposite side. During the day it rises to +430 ° C, and at night it drops to -170 ° C. The differences are due to the fact that there is almost no atmosphere on the planet.

The shortest year among the planets of the solar system is recorded on Mercury. There it lasts only 88 Earth days. And the longest is on Neptune: almost 165 Earth years.