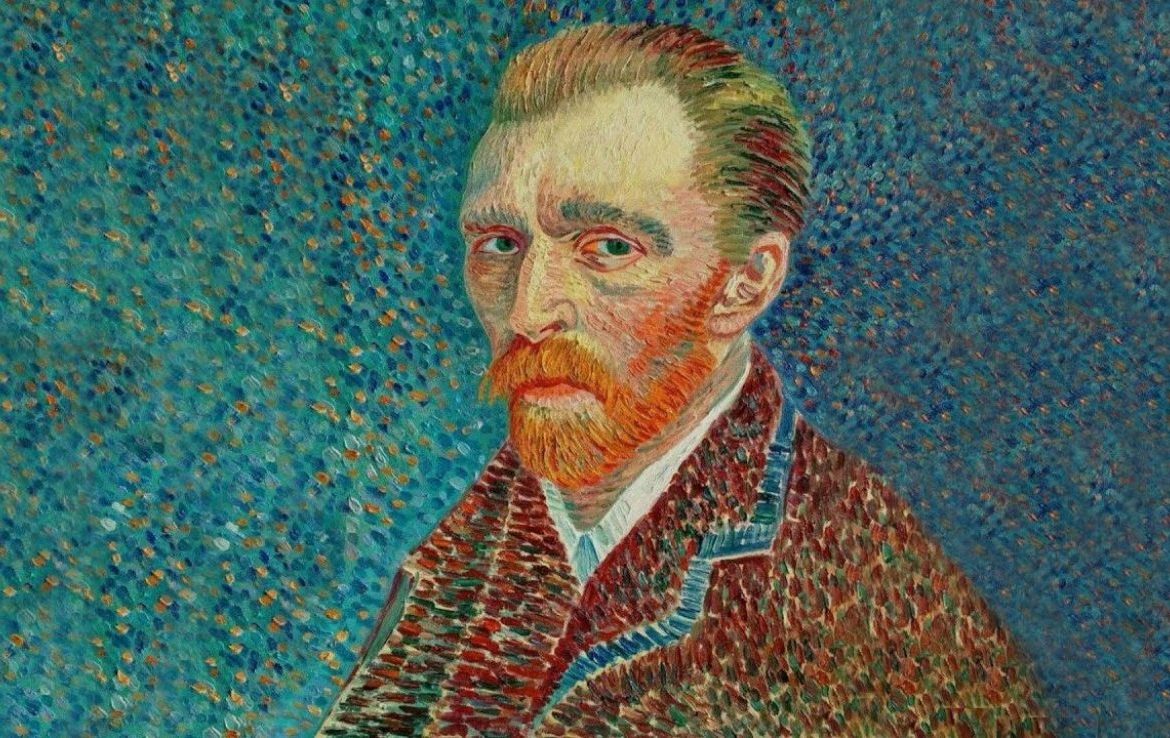 Truly talented artists do not leave this world. They continue to live in their canvases and become famous all over the world.

Artists, which are discussed in this article, everyone knows, but some interesting facts from their life and work may surprise…

Pablo Picasso was a desperate rake who changed one woman after another. But after the death of one of his beloved, the artist decided to settle down. During his stay in Rome, he met the charming Russian ballerina Olga Khokhlova.

She was a chaste and modest girl. Her inaccessibility drove Pablo crazy. Perhaps it was because of this that he finally decided on a crucial step – getting married. So the rake began to play the role of a prudent family man. True, not for long …

Fact 2: Vincent van Gogh and the Monastery of Saint-Paul-de-Musol

The most fruitful creative period in the life of Vincent van Gogh coincided with his stay in the monastery of Saint-Paul-de-Musol. There was a clinic for the mentally ill, where the famous artist ended up after another nervous breakdown.

The beautiful nature and serenity of the monastery inspired the painter to create delightful paintings. The clinic in Saint-Paul-de-Musols is still operating. It is treated with art therapy.

Leonardo da Vinci is associated with amazing works of art, inventions far ahead of his time. Did you know that a famous artist was involved in the dismemberment of corpses?

He did this solely for scientific purposes. So Leonardo da Vinci studied the location and shape of muscles in order to draw people anatomically correctly.

Fact 4: Salvador Dali and the strange love of insects

The Italian artist Salvador Dali had an inexplicable fear of ants and grasshoppers. However, it was these insects that began to appear in his paintings.

Dali’s attitude towards flies was no less strange. It is known that once he demanded to catch these flies in his garden, and then paid 5 francs for each.

And another time he dressed up in a tailcoat, decorated with bottles, inside of which he was sitting on a fly.

French artist Claude Monet was terribly disliked to study. Instead of sitting in a stuffy classroom, he preferred to walk and admire nature.

And all the covers of school notebooks were painted with caricatures of school teachers. This is how the art of a negligent schoolchild gave a start to the creative path of the greatest talent.

Fact 6: Michelangelo and his only love

Michelangelo lived a long life and met his love, having already stepped over his 60th birthday. His beloved was the Marquis of Pescara, who at that time was a widow.

They wrote tender letters to each other, and the artist dedicated sonnets to her. However, the only and late love quickly ended. The Marquis died, and Michelangelo could not even make up his mind for a farewell kiss.

Fact 7: Rembrandt and the cunning wife

The great artist was from an ancient noble family, but he could not boast of a large fortune. This forced him and his family to go for tricks. Once Rembrandt left, and his wife announced the death of the Dutch painter.

His paintings skyrocketed in value. The cunning wife also took care of Rembrandt’s eternal loyalty. So she left him an inheritance with one condition – if he remarried, the artist would have lost all his fortune. He did not dare to have a second marriage.

The Russian artist Aivazovsky was far from literature, which did not prevent him from getting closer to Alexander Sergeevich. He dedicated more than one picture to the poet and even outwardly was very similar to him. But at the same time, Ivan Konstantinovich was completely unfamiliar with the works of the literary genius.

The greatest painter suffered from severe pain in his leg for many years. At first, he attributed everything to rheumatism, but in recent years the condition has worsened significantly. The master could hardly stand at the easel. He diligently followed all the recommendations of doctors and even decided on a surgical operation to amputate his leg. However, it was too late, the onset of gangrene claimed the life of Edouard Manet.

Fact 10: Kazimir Malevich and … a glass

It is believed that the glass was invented by the Soviet sculptor Vera Mukhina. However, there is information that the idea did not belong to her. While in prison, Kazimir Malevich thought about the fragility of round glasses and suggested that if there is a polyhedron in the cross section, then its strength will increase. When he was released, he shared the idea with Vera Mukhina, who contributed to the production of faceted glasses.

Ivan Repin was born in the Russian Empire and died in Finland. However, he did not move anywhere from his estate. The fact is that during the civil war, the plot of land on which his house was located was transferred to Finland. This happened in 1918.

Rubens’ canvases are distinguished by their frankness of plots. There are many naked women and men on them. It is difficult to connect with the character and demeanor of the artist. He had a low-key demeanor and was an exemplary father of eight children. Both of his wives became inspirations.

When the first died, Rubens was inconsolable and practically stopped painting. Only at the age of 53 did he have a second muse – 16-year-old Elena Fohrman. It is she who is depicted in the paintings painted from 1630 to 1640.

One of the artist’s most famous paintings is Morning in a Pine Forest. Few people know that Shishkin was not alone in drawing it. The master depicted a stunning forest landscape, and bears appeared on it from under Savitsky’s brush. Initially, the painting was signed by two artists, but by order of Tretyakov, Savitsky’s signature was erased.

Fact 14: Sandro Botticelli and his name

The artist’s real name is very long and sounds like Alessandro di Mariano di Vanni Filipepi. For ease of pronunciation, it has been significantly reduced to “Sandro”. And the second part of the pseudonym was invented by the brother of the Italian painter. “Botticcheli” means “keg”.

He pestered the talented little brother with this nickname, and gradually everyone got used to calling Sandro that way.

The famous painting with three Russian heroes was conceived long before its appearance. The master made a sketch in 1876 and wanted to present it to a friend. But he refused and replied that he would accept the gift only in the form of a large picture.

Vasnetsov was able to realize the desire of comrade Vasnetsov after more than 20 years. He left a double date on the painting – 1875 and 1898. The first date indicated by the artist was written with an error.

Fact 16: Karl Bryullov and the portrait of the fabulist

Ivan Krylov ordered his portrait from the artist. For this, he attended a single session. Within an hour, Bryullov painted a complete portrait, leaving only his left hand unwritten.

The fabulist jokingly said more than once that he would not see his finished portrait until his death. And so it happened. After the death of Krylov, at the request of Karl, a cast of his left hand was made. And the portrait was finished by Bryullov’s pupil – Goretsky.

Fact 17: Marc Chagall and the city of Vitebsk

The artist was born in Vitebsk, where a legend existed. The townspeople heard and told each other the story that one day a boy would be born in their city, who would become famous all over the world. And so it happened in 1887.

Fact 18: Frank Stella and the love of black

The renowned contemporary artist began his career with the Black Paintings series. In his later works, there is also a lot of black.

After moving to Los Angeles, the artist and his friend opened an exhibition gallery called Room 702. Even after Mark was invited to exhibit at the famous complex, he did not immediately close his gallery. It lasted for two years.

Another contemporary abstract artist Rudolf Stingel has a special love for silver. He is engaged in the creation of silver painting, adding this metal to the paints with which he paints and makes installations. His early works were monochrome, silvery, and had only light shades of blue and red.

Knowledge test of artists and their paintings

Want to know how well you are at painting? Try to identify the author by his picture!
Take the artist knowledge test!